There has been one iron pour in the history of Central Park. Organized by myself and Matthew Reiley it was the culmination of moths of hard work. We cast architectural elements that had been lost over the years to be used in the restoration of the Bethesda Terrace Minton tiled ceiling. 150 of these medallions were cast (one for every year the park has been opened) and most were given away. The elaborately sculpted image on the front is a bas relief of the Bethesda Terrace. It was sculpted in 2006, but not cast until 2007. This is why "2006" appears on the center, lower portion of the medallion. 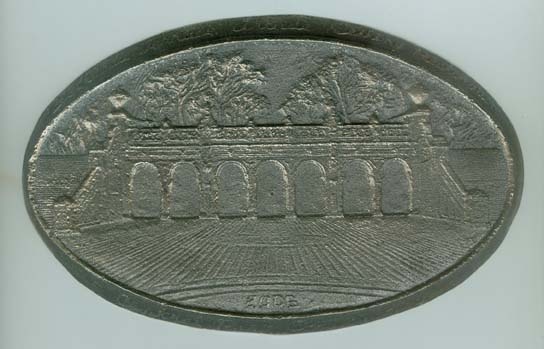